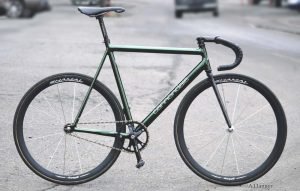 Is your fork filament wound?

If not, you’re missing out. The products of filament winding creates a different material profile than other methods of carbon fork manufacture. Ride a filament wound fork from Wound Up Composite Cycles, and you’ll never want to put anything else on your bike. Check out our filament winding page to learn more about how this process creates the optimal bike fork. 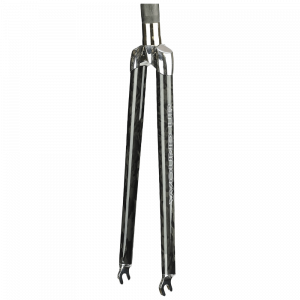 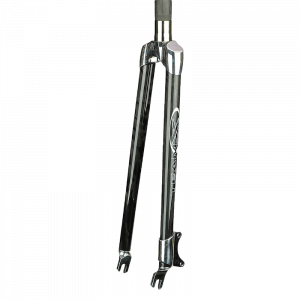 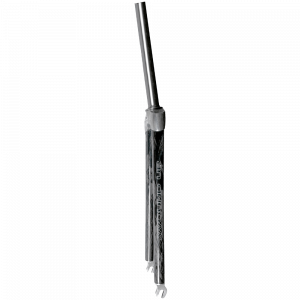 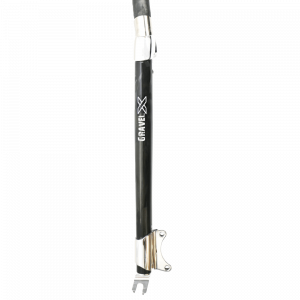 The Road X carbon road bike fork was Wound Up’s original contribution to the cycling scene, back in the mid-nineties.  Today, it’s still the go-to for discerning road cyclists who want the best performance out of their carbon fiber road fork. Whether you’re a casual road cyclist, an avid rider, or a semiprofessional or professional racer, the Road X carbon road fork will give you better handling and a smoother ride on the asphalt. Read more about the Road X, find specs, and learn about its different variations, on our Road X fork page.

In the past few decades, cyclocross (CX) has grown from a cycling sideshow to a full-blown professional cycling competition, with huge international events, sponsorship and celebrity athletes. CX typically takes place in mud, snow, wind and cold. Your basic stew of highly unfavorable conditions. Cyclocross competitors charge up and down mucky hills and around boggy courses, sometimes riding and sometimes carrying their besmirched bikes. It’s the Navy Seals training of the cycling world. To such an inhospitable event, Wound Up Composite Cycles brought the Team X carbon fiber cyclocross fork. The Team X cyclocross fork possesses the same elite performance as our Road X, customized to the demands and strains associated with cyclocross racing. In the years since, the Team X fork has gained a reputation in the CX world as a carbon fork of uncompromising strength, agility and comfort. While cyclocross is anything but comfortable, the filament wound carbon Team X fork helps dissipate vibration from rough surfaces, making for a more pleasurable ride in an otherwise brutal sport. For the full lowdown, check out the Wound Up Team X page.

Track bikes are here to stay, as the Wound Up Instagram feed demonstrates. Fixed gear aficionados are everywhere, from Korea to Ukraine, from Jakarta to Des Moines, and they’re proud of their bikes. Which we respect. Hey, we agree that fixies are cool. In fact, the only thing cooler than a fixie is a fixie with a Wound Up carbon fiber Zephyr fork on it. Not only does the Wound Up Zephyr carbon fiber geometry look perfect on a fixie bike, but it also enhances the fixed-gear riding experience. Compare a fixie’s ride with a Wound Up carbon track fork versus with any other fork, and you’ll agree—a fixie without a Wound Up carbon track fork is a fixie that is not reaching its full potiential. Help your fixed gear bike reach its full potential.

Gravel grinding is the new arrival to the cycling scene, but it’s exploding. From its epicenter in the Midwest, it’s becoming a significant force in the cycling world all over. Gravel grinding races share some similarity to cyclocross competitions. Cycling over rough, bumpy or uneven terrain is endemic to both sports. Though gravel races are much more tame—short of falling over into a puddle, you’re not likely to come out with a complete layering of mud, nor will you find yourself carrying your bike up steep and slippery slopes—it involves longer time horizons. Gravel races often cover significant distances, exposing a cyclist to repetitive vibration stress from the gravel, holes, washes and other inconsistencies of unpaved roads. Thus, while gravel races are less physically intense than cyclocross events, they can be more grueling. It’s the difference between high stress for a short time or medium stress for a longer time. The carbon fiber Gravel X fork from Wound Up Composite Cycles is the answer to the particular demands of the gravel grinding race genre. To see why, click over to the Gravel X gravel grinding fork page. 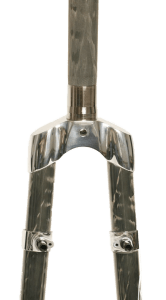 Once, in the not-so-distant past, commuting by bike was done by the rare, hardy soul. Not any more. With cities becoming increasingly bike-friendly, cyling as a form of transportation has gone mainstream. And, when cruising the streets and byways, you couldn’t have a better fork than the carbon fiber Commuter from Wound Up. Additionally, the Commuter is ideal for those bike touring trips when you want to travel light and fast. Our Commuter fork page has the details.

Two Duo fork variations. One with an aluminum crown, the other with a compression molded carbon crown. Both with the signature carbon fiber ebony filament wound pattern and the straight and round fork profile that denotes a Wound Up Composite Cycles carbon fork. Both engineered for the high safety demands of tandem bike riding. Both filament wound for reduced vibration and superior handling. You can’t go wrong with either. Check out the Wound Up Duo fork page and the Wound Up Duo II fork page for more info.

Wound Up carbon bike forks: a different breed of fork.

You’ve gotta try them. Just sayin’. Otherwise, how will you understand what other riders are going on about? Riders like custom vintage bike builder Amy Danger, who chose the Wound Up Zephyr fork for her acclaimed 1995 Cannondale track bike. Or why Spectrum Cycles wrote a glowing review that begins with the following sentence: “It took me a few hundred meters into my first ride on a WoundUp [sic]…to figure out that we had something special here. It took a couple hundred miles to fully appreciate the fork though.” The article goes on to explain some of the mechanical factors that impinge on a fork, and why Wound Up forks are the superior choice. 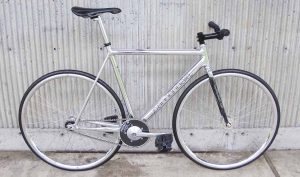 Ultimately, the single biggest advance made by WoundUp over other forks was the torsional rigidity of the blades and fork as a whole. Most people assume that fork stiffness is most important in resistance to lateral forces. Actually, this is not the case. Torsional rigidity is considerably more important because sufficient lateral stiffness is very easily built into a fork while torsional rigidity is not. Try to picture what lateral forces do to a fork in the real world. There, you have a front hub clamped onto the front drops keeping them parallel. With the hub in there as a structural member, lateral deflections will, by definition, force the blades to deflect in an “S” shape curve, not a “C” shape curve. What this means is that forks (in the real world) are about twice as laterally stiff as you feel when you squeeze the dropouts together. Torsional stiffness is tougher to accomplish though. The front hub, as a part of the fork structure only helps by forcing the two blades to work in tandem as they resist torsional stress.

You might ask “What torsional stresses?” Actually, torsional stresses are not all that great, but they can really cause a fork to feel vague if not addressed. Take the [competitor fork] as an example. Although it is very light and eminently comfortable, it is torsionally quite flexible. The problems develop when you put it in stressful situations. For example, hairy descents and hard criterium cornering can really stress the [competitor’s fork]…

The Wound Up is clearly a great choice for a fork when the going gets seriously twisty.

We think that’s pretty high praise. We also think we deserve it, based on the feedback of many, many other cyclists, bike shops and re-sellers who echo the Spectrum Cycles opinion.

Why do we create one fork profile? Why round? Why straight-legged? Because round and straight is simple. Minimalist. We believe it is also the most structurally sound geometry. Elongated or curved carbon fork legs may offer unidirectional stiffness, but you’re riding in a three-dimensional world. For a minimum of displacement all around, keep it basic.