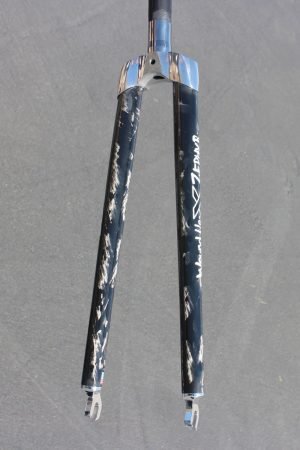 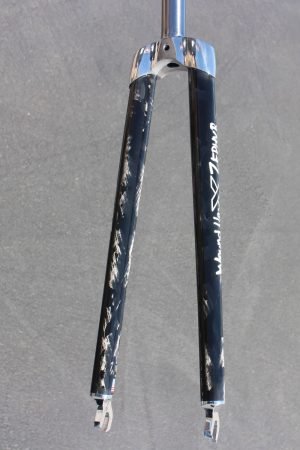 Questions? Request a Call Back

The Zephyr’s iconic geometry and low rake give it the ideal aesthetic for a fixed gear bike. Make no mistake, however: the Zephyr is a professional-grade track fork. Its pinpoint accuracy will provide maximum control and reactivity for the urban warrior as well as for the pro racer. The Zephyr is designed to optimize ride control and ride quality.

Designed for the velodrome, the Wound Up carbon Zephyr track fork has since become a favorite of fixie lovers. Naturally so: the Zephyr epitomizes fixed-gear minimalism. Beauty. Simplicity. Strength. Ride the western wind.

Did you know that we make a carbon fiber tracklocross fork? Email us for details at [email protected]

X-Wound ebony carbon and low rake give the Zephyr track fork the ideal aesthetic for a fixed gear bike. Wound Up’s X-Wound carbon fiber technology creates elite racing performance by better absorbing road vibrations and enhanced acceleration.  Though originally developed for the velodrome, the Zephyr’s association with fixie culture has, by now, eclipsed its original sport purpose.  You’ll be able to slice through traffic with precision or dominate the track. Either way, you won’t find a better ride.

*While WoundUp maintains an inventory on most commonly ordered forks, do note that due to the many varied options, lead time can be 2-4 weeks before the product ships. WoundUp Composites accepts cancellations up to 48 hours after initial transaction and purchase of fork(s).

WARNING: This product can expose you to Nickel which is known to the State of California to cause cancer. For more information go to www.P65Warnings.ca.gov

There are no reviews yet.